The Future of Work | BIG TECH 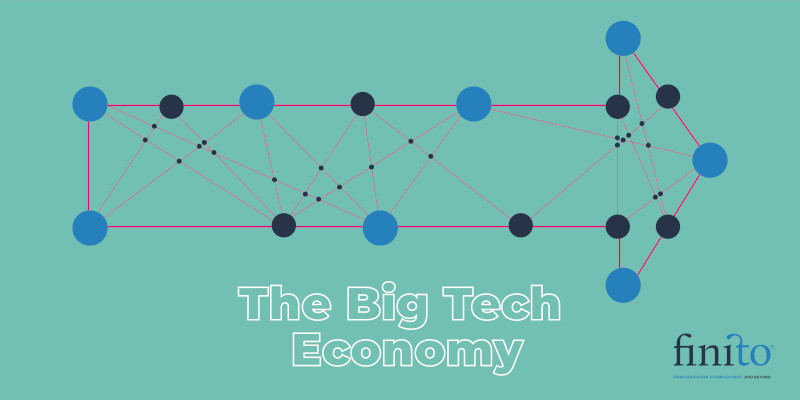 With the world of work changing at such a rapid rate, we’re quickly approaching a fork in the road that’s bound to determine the future of humanity’s relationship with work. For those of us raised on Aldous Huxley and Suzanne Collins, the challenges presented by the world yet-to-come are endlessly fascinating.

How can we get a headstart on these coming problems? What are the most important skills for young professionals to develop right now? Should we be prepping our torches and pitchforks for the artificial intelligence of the future, or should we be more concerned about stagnant wages, discrimination and rising inequality?

In this series, based on Matthew Taylor and Fabian Wallace-Stephens’ research for the RSA, using detailed scenario modelling with leading engineers Arup, we’re going to examine the crossroads on the horizon, and explore a few threads from the multiverse of potential futures.

What if technology continues to develop at a rapid lick? Last year, DeepMind announced an algorithm that can detect more than 50 eye diseases – with the same accuracy as a trained doctor. We’ve also seen the development of 3D printed houses, which can be ‘built’ in 24 hours. In a future where technology continues to disrupt long-stagnant processes, humanity enters a world characterised by automation.

Versatile robots gradually begin to find a place in every sector, most notably in hospitality and healthcare. We’re already seeing the first examples of this, but the robots of the future are easily capable of handling complex tasks (like pediatric heart surgery, or managing somebody who lives by the erroneous maxim “The Customer Is Always Right”) without the risk of human error, and they’re increasingly adept at interacting with us, allowing for more personalisation, tailored recommendations and 24/7 customer service. In our biggest cities, lanes are reserved for self-driving vehicles – buses filled with people, vans filled with goods, bin lorries filled with plastic straws.

But it appears that the ever-present moral panic around AI was laced with truth – robots are taking the jobs humans used to do. Unemployment creeps upwards, along with economic insecurity. People consider themselves lucky if they manage to find 20 hours of work per week, suddenly overwhelmed with leisure time. Without a 9-5 to offer us structure, how do we create meaning in our lives? Not everybody thrives when they’re left to their own devices.

But it’s not all existential dread. Automation means higher quality in public services, and using technology instead of human labour means we can reduce the cost of everyday goods. With robot surgeons, patients suffer fewer complications, less pain and blood loss, quicker recovery and smaller, less noticeable scars. On a fluffier note, all that leisure time means people suddenly have the opportunity to find new outlets for meaning, no longer defined by their job titles.

Our overlords (this is a dystopia, remember?) are Silicon Valley titans – Google, Amazon, Facebook and Apple. With their birds-eye view on the digital economy, they’re able to break into new sectors, transferring their profits overseas, naturally. This doesn’t sit right with workers and unions, but since they’re unable to keep up with the insane pace of technological development, there’s nothing to be done against an army of slick PR machines and highly visible corporate social responsibility programmes – dissenters are kept firmly underfoot.

From Dystopia to Utopia
The economic insecurity that’s bound to come about as a result of technological advances will need to be addressed, by changing the safety net we currently have in place. Universal Credit is a good idea in theory, but in practice it’s riddled with faults. Now is the time to iron those out, so we’ve got a short-term solution to a crumbling economy, at least. While we’re leaning on that, we’ll have time to explore universal basic income, which is an even better idea with even more faults to fix. As more of us turn to gig work and self-employment, we’ll need a new settlement that trades higher National Insurance rates for more protections.

Low-skill workers should focus on upskilling, or reskilling themselves. A sensible bet would be to train for a high-tech or high-touch role – but that means robust lifelong learning programmes need to be brought into action. Retraining doesn’t come cheap. In France and Singapore we’re already seeing Personal Learning Accounts dedicated to giving every worker the funds they need to reskill, but they’re just pilots at the moment. In New York, Pursuit is a tech-training programme that’s enabled hundreds of low-income workers to upskill as computer programmers, taking their average salary from $18,000 to $85,000.

That said, tech jobs aren’t for everybody, and we need to acknowledge that. Even with our AI allies, some low-skilled jobs will still be performed by humans, so we need to consider how people can develop within those roles. One way of doing this is through occupational licensing – teaching us to start treating those jobs with more status, and crank up their earning power.

Next Week – The Exodus Economy